This was one of those dramas in which the theme focused around the growth of a business and the need to purchase land for expansion, etc. But this time around, the location of the action took place at General Street (將軍街). It was one of those secluded places that had friendly, down to earth townspeople who were dubbed to be silly or out of this world but were united to face any type of obstacles.

Lin Zhong Ze (林中則 – portrayed by Zhao Jun Ya) was a serious, hardworking, no-nonsense type of guy who would do anything to succeed; because of his dark, somewhat rogue past. He just got sent into exile to General Street by his boss, Xie Bo Tao, and had to help his boss’ granddaughter with the land acquirement at General Street. He was not happy about this setback but was determined to work hard and redeem his trust and return in no time. Yet upon arriving at General Street, he was bombarded with the townspeople’s hospitality and oddity rolled into one. Torn between their kind, unsuspecting nature and his promise to fulfill his duty, he ended up taking up residence at the place. However, we soon found out it was only an attempt to get near them (or so he said) and learned of their weakness in order to acquire the lands. Therefore, his goal was always clear in his mind. Donning a new identity, Wu Ren Jie – 吳仁傑, he managed to persuade one of the landowners into selling. That had ironically thrown himself out of his new habitat–which he shared with two of the other townspeople. How would the other two react if they know that he was the force behind causing this earth-shattering mess onto them? And how would the rest of the townspeople react? Not to mention if he would feel any sense of remorse toward this whole situation. He had said it himself that this place was a paradise that could not be found anywhere else (sort of like Heaven on earth), so would he tear this paradise apart just to reach his goal? 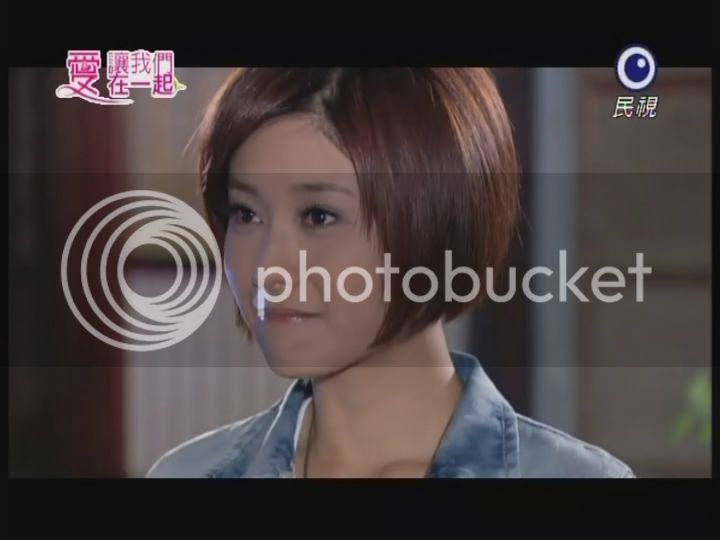 Ding Xiao Yu (丁小雨 – portrayed by Ye Jia Yu) acquired a lot of similar personalities and traits to a typical female protagonist, which were kind, nice, and animal loving type of girl. She was also overly optimistic of others and had great confidence in the world around her. However, early on into the story, we all know that she was very clear about the world outside of her and that people need money to live, etc. She was not too delusional like some other typical female leads who lived in some type of bubble that needed someone to poke holes through to see the truth. At least not quite yet. But now that she had to face this new obstacle of having to leave the home that had many memories of the past, especially that of her deceased father, how would she react? Because she believed that there was still some glint of hope, she was willing to kneel in front of their landlady to beg the lady to change her mind. It was all in vain but she wasn’t about to give up yet. But how long could she hang on?

What I can’t wait to see is more development into Zhong Ze and Xiao Yu’s story. And will this change Zhong Ze’s view and his mind later? His love for Xiao Yu might be the driving force for him to stop his plan altogether, but is that enough? After all, he had a harsh childhood and was not ready to give up as easily. What he had achieved over the years couldn’t be disposed of so easily. What about Xiao Yu? Will she be able to forgive him in the future when she finds out the truth behind his intention of staying with them? On the other hand, I must say Zhao Jun Ya and Ye Jia Yu have great chemistry so far.