Back in regular outfits once again. But what’s the topic of the day? 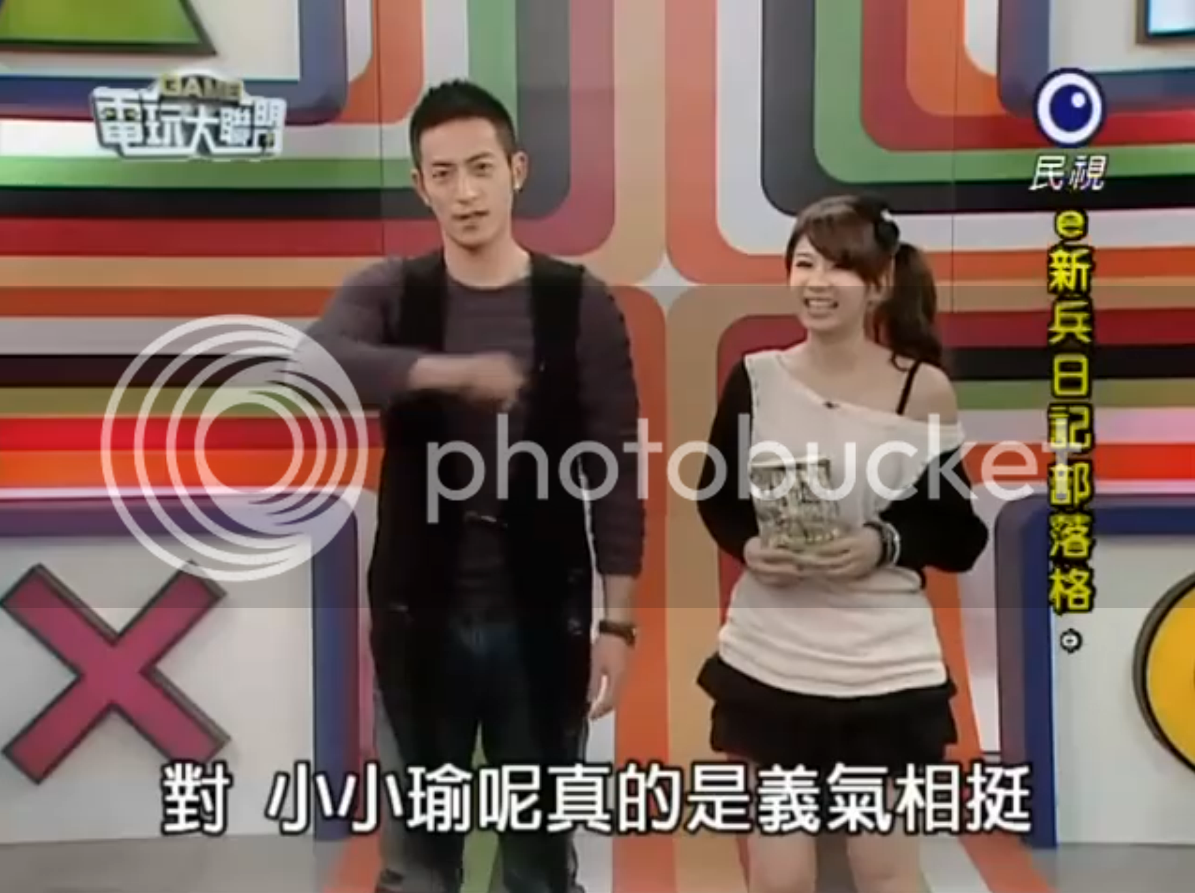 What are they doing now? Let’s take a guess, shall we? LOL!

Okay, getting way out of hand, lol. NOT really, but still funny with him wanting a hint yet still couldn’t blurt it out.

And I thought they were using a chance to promote Rookies’ Diary again. YET they were just saying to remember to watch the show (aka this game show). Moving on already, right? LOL!

Eh…what? Using the age thing against her? Arrogant much? Okay, I second the notion to get her that hammer from the other show back to whack him. LOL!

Oh great, old man telling story time. Get out your marshmallows and roast it over an open fire, LOL! (And he was only 4 in 1982, so why was he putting the age thing over her for?)

Agreed with flying words. YES, someone definitely loves to act. Bordering on the ‘over’ mode here! LOL!

Oh great, questioning time again. How fun, eh? (NOT! At least not for him.) I knew it! She wasn’t letting him get away with the whole ‘age’ thing and how he was trying to use that to his advantage.

Yay! The challenge is on! May the best man…er…I meant girl…er, not that either…um…gamer win! There! LOL!

YUP, a draw so he doesn’t have to defend his old man integrity, LOL!

What in the world is he doing? Trying to scare her so she would lose? SO wrong…

YES! And that’s what happens to cheaters since he lost! Yay!

And this is the defeated pose! LOL!

Rubbing it in, right? LOL!

More promotions for the goodies? LOL! Aww…kind of cute to see him all shy when she was mentioning his song. LOL! Man, that was seriously cute though. Getting all shy like that. He sounds the same live though. Nice…